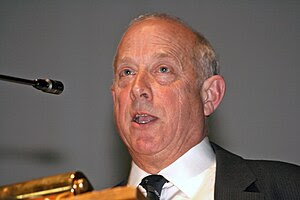 one is inclined to speculate as to whether this PEPP is still legitimate in the light of the comments of Barbara Booker.

It is also worth noting that The EFD group is teetering on the edge of collapse as the 3 UKIP MEPs of any visible morality and integrity have quit the extremist group wishing to stand as Unattached in The EU's so called parliament rather than be seen to be associated with the extremism, racism, anti Jewish and anti homosexual pro EU membership and some of its particularly vile members.

With the rejection of an offer from Farage, in an attempt to regain the numbers and nationalities required for their continuance the small group of Dutch MEPs have recently rejected the offer rather than be shackled to the vile EFD group.

This would seem to leave The Pan EU Alliance for Freedom (EAF) in competition, if expansion or even stabilisation is required, fishing in the same filthy pond with the same bottom feeders on offer to both - The BNP, Vlams Belang, Jobbik or perhaps The Austrians from what was Jorg Heyder's Party, which is best known for his death in a car crash, or the extreme right wing Nationalist Le Pen family party in France.

Any of these may well be suited to join the extremist groups but it will be a dual of egos and greed by the look of it!


Before getting too deeply into discussion about the statutes of the EAF, it might be an idea to check with Godfrey Bloom whether that party has already collapsed.

When its website first went live it listed under 'About EAF', seven EU countries - the minimum number required for a PEPP - from which its members were drawn. It now states only six, the missing one being Hungary.

This may or may not be significant. Certainly, small PEPPs like the EAF are very vulnerable, especially when one or more of their qualifying members is from a national parliament or assembly where national elections could deprive them of their seats at any time. However, the EAF's Hungarian representative is/was the MEP Krisztina Morvai, a controversial figure (BNP's European parliament ally Krisztina Morvai axed from London conference after protests | Politics | The Observer Outrage over obscene anti-Semitic Internet post by Morvai | Politics.hu) who may still be a member, though airbrushed from the website possibly to avoid alarming UKIP members about to vote on whether their MEPs should join her in the EAF!

Wikipedia, updated four days ago, still has her as a EAF member, and she gave interviews on 3 and 5 July (see Hungarian Ambiance) confirming her membership and claiming that she was invited by the EAF to join it. This is odd, since Wiki also has the three Jobbik MEPs, of which she is one, as members of the Alliance of European National Movements, a pan-European party which the BNP claims will qualify for a PEPP grant from January 2012 Jobbik. I don't think MEPs are allowed to belong to more than one grant-claiming PEPP at a time.

No doubt Godfrey Bloom can clarify Dr Morvai's current membership status, although bearing in mind her alliance with the BNP and Bloom's own unequivocal condemnation of association with that party (press release 'UKIP smash BNP plot and expel infiltrators' 5.2.04: Bloom, "Their views will simply not be tolerated within UKIP"), he might have some difficulty explaining how he came to be forming a PEPP with her in the first place!

It is also worthy of note that it is rather fudging the figures for Farage's squalid EFD Group if Bloom is offering his name to keep it going whilst in bed with the new extreme grouping.